The presentation movie about research and production agricultural holding "Kurgansemena"

The history of agricultural holding "Kurgansemena":  its founding and development

The history of agricultural holding "Kurgansemena" is the history of hard work done by soulmates, aimed to the main goal - a gradual agricultural development of Kurgan Region and Russia, mainly by means of providing high-quality crop seeds.

Before 1985 the seed industry matters were processed by the state organization called "Sortsemprom". After its closure in many regions, including Kurgan Region, there was no longer organization which was to coordinate the system of  seed industry , development of new seed sorts and production of high-quality seeds.

Naturally, this affected the grain  industry in Kurgan Region negatively. As a result, by the end of 80s Kurgan agriculturalists had to import seeding from other regions.  Its annual average quantity was more than 60 thousand tons, which satisfied more than 15% of the demand. The imported seeds were not area-specific, often non-productive. Besides, the transport expenses made the overall costs even higher.

In this situation, the state made a decision to create a specific company, the main task of which would be supplying the local agriculturalists with its own productive, area-specific sorts of seeds in the quantity demanded. 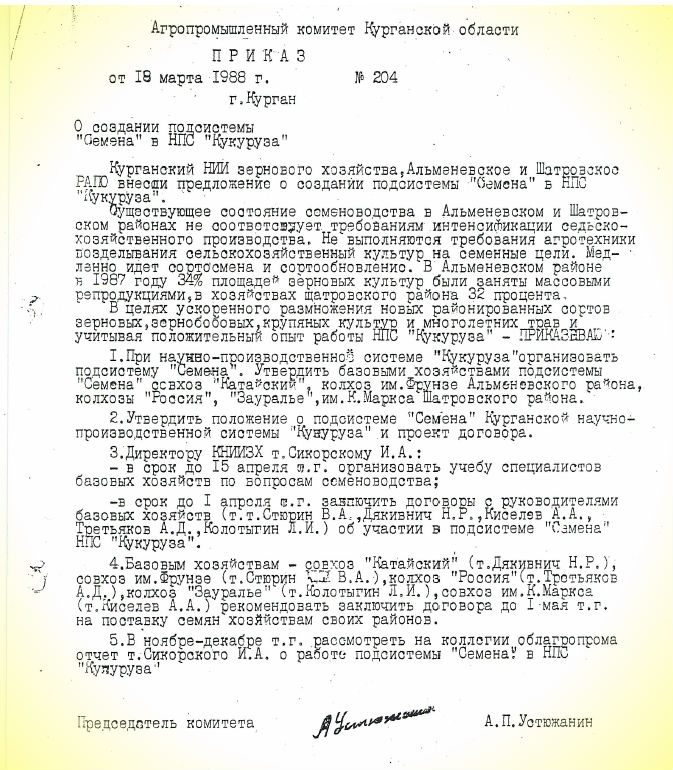 On behalf of managing the seed industry of grain and grain legume seeds, the company had the following functions:

- providing the on-time changing of seed variety and sort renovation;

- creation of the necessary ensurance, carry-over and reserve seed stocks;

- managing the annual balance of supply needed for all the producers of agricultural products.

At the onset of the company stood such well-known agricultural industry specialists as Igor Sikorskiy and Marat Islamov, who has been the head of the company from its first days of existence.  Thanks to the constant effort toward innovation, "Kurgansemena" has passed the road from a small scientific-industrial system to a large vertically-integrated multi-company. 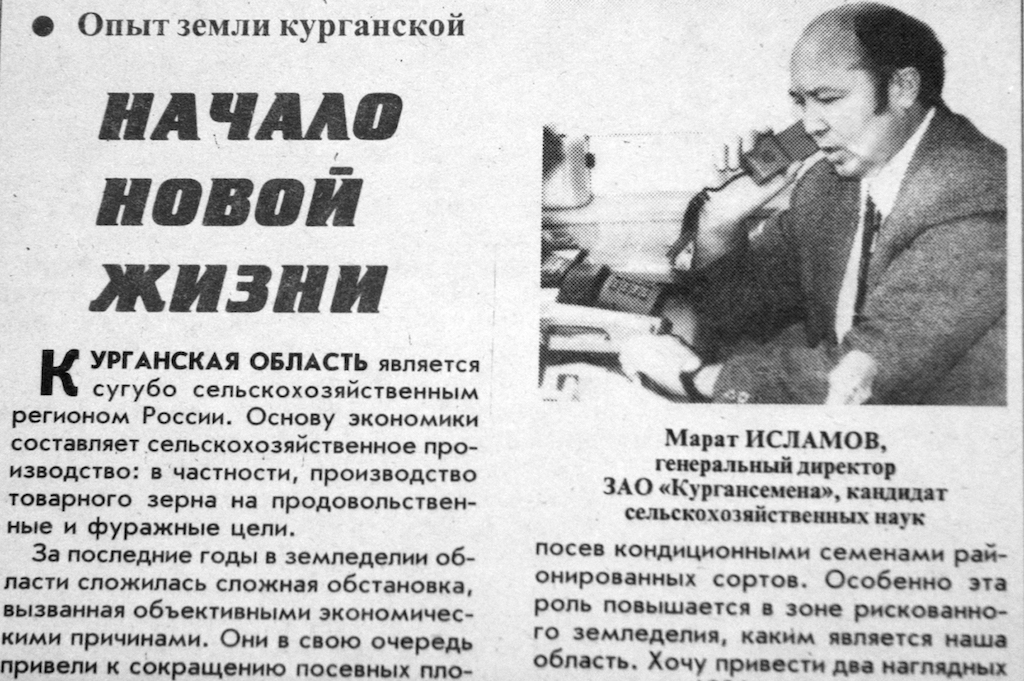 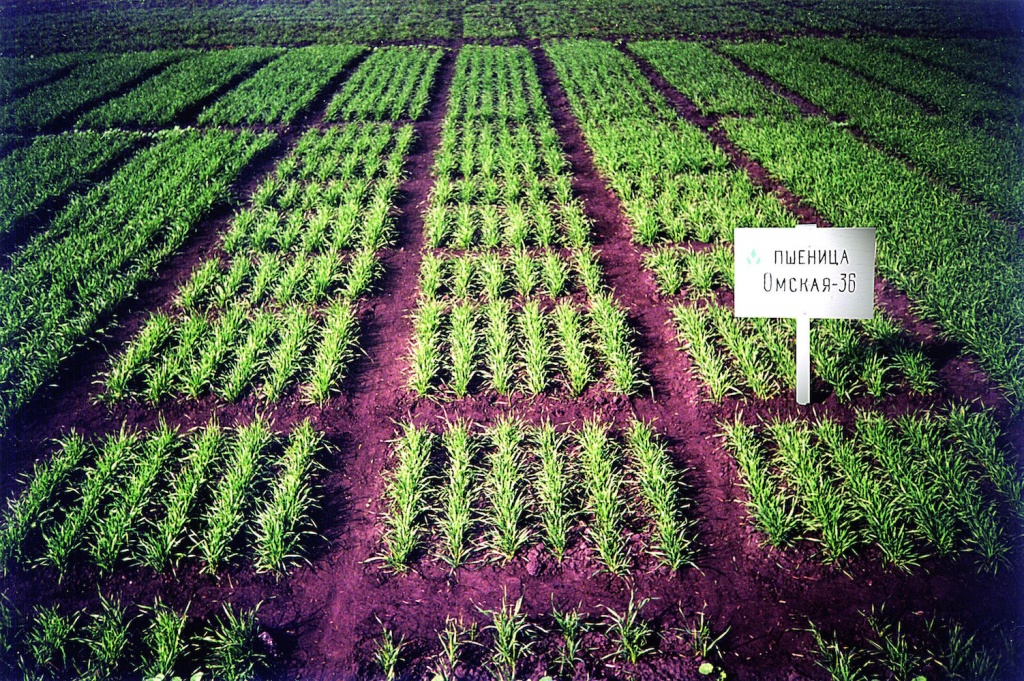 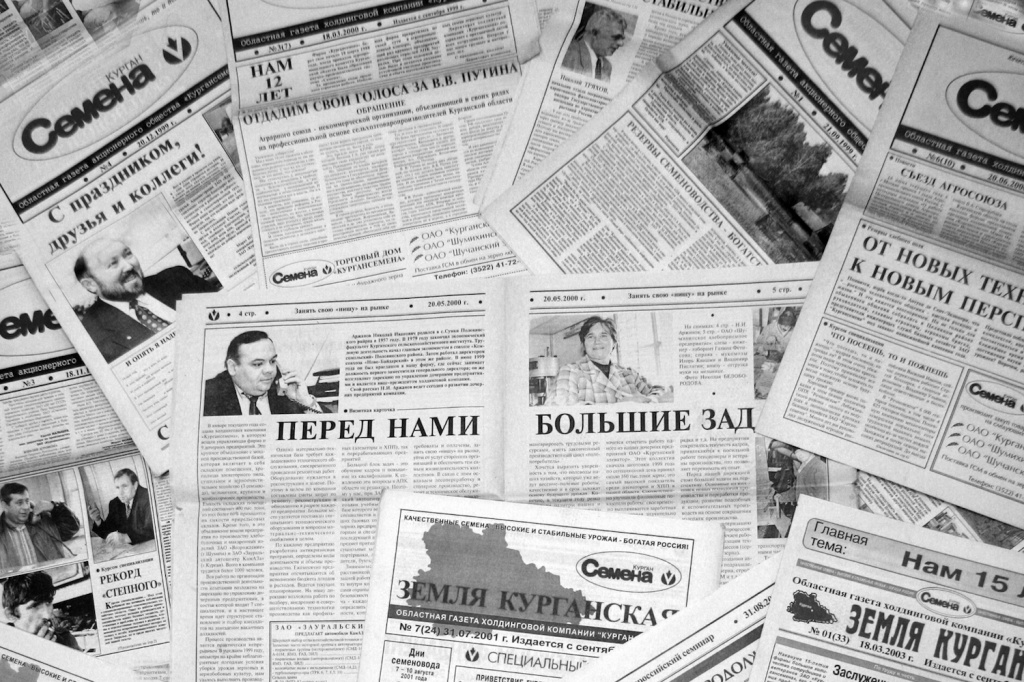 A great contribution to the creation of the company was made by the following agriscientists, who have already retired with a sense of a job well done:

During the first years of cooperation with the state department of agriculture the modern system of seed industry was developed and tested, well adapted well and began to function effectively in the conditions of today's market.

Today "Kurgansemena" comprises more than 700 professionals, united by a single aim - to develop seed industry and spread the positive experience of the scientific-industrial multi-company all around Russia.

The structure of the company includes 2 grain elevators: Kurgan and Vargashi. These divisions also have rich history.

On February 10th in 1914, in the village of Shmakovo, six credited partnerships signed a protocol , which said that after some official communications the United Committee came to a conclusion, that only after the construction of an elevator it would be relevant for peasants to get down to sales of bread goods, but so far the locals, being in short for money, sell their goods for cheap and, by this, devalues their work.

as it was a good, socially active market place, which attracted all other towns and villages around it. 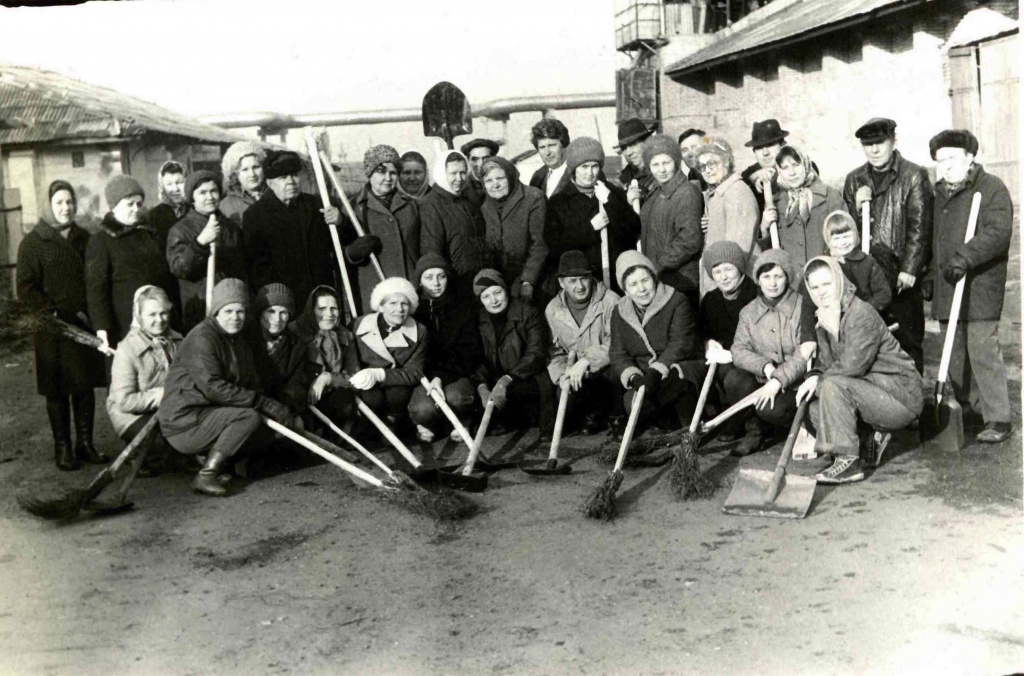 The foundation history of Vargashinskiy elevator dates back to 1924. It was created as a grain collecting spot to then  hand the grain to the state. Before that there were no any warehouses for grain acceptance (except 4-5 barns, 30-40 tons for each).

The grain was accepted at the spots, then transported by the railway. In the same year two wooden warehouses were built 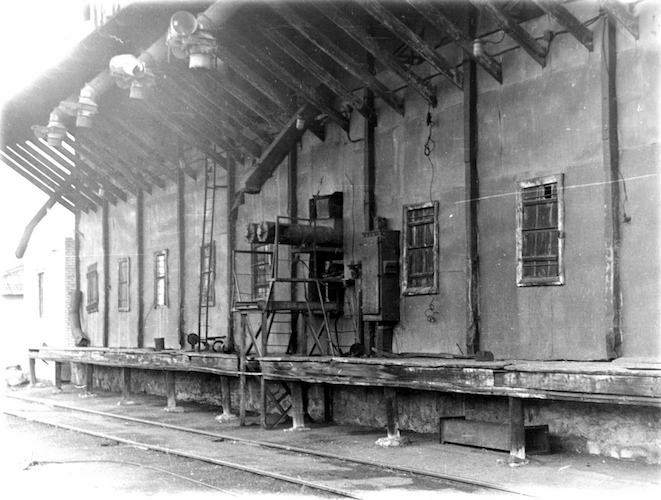 Please fill out the form below and we will contact you. * — required